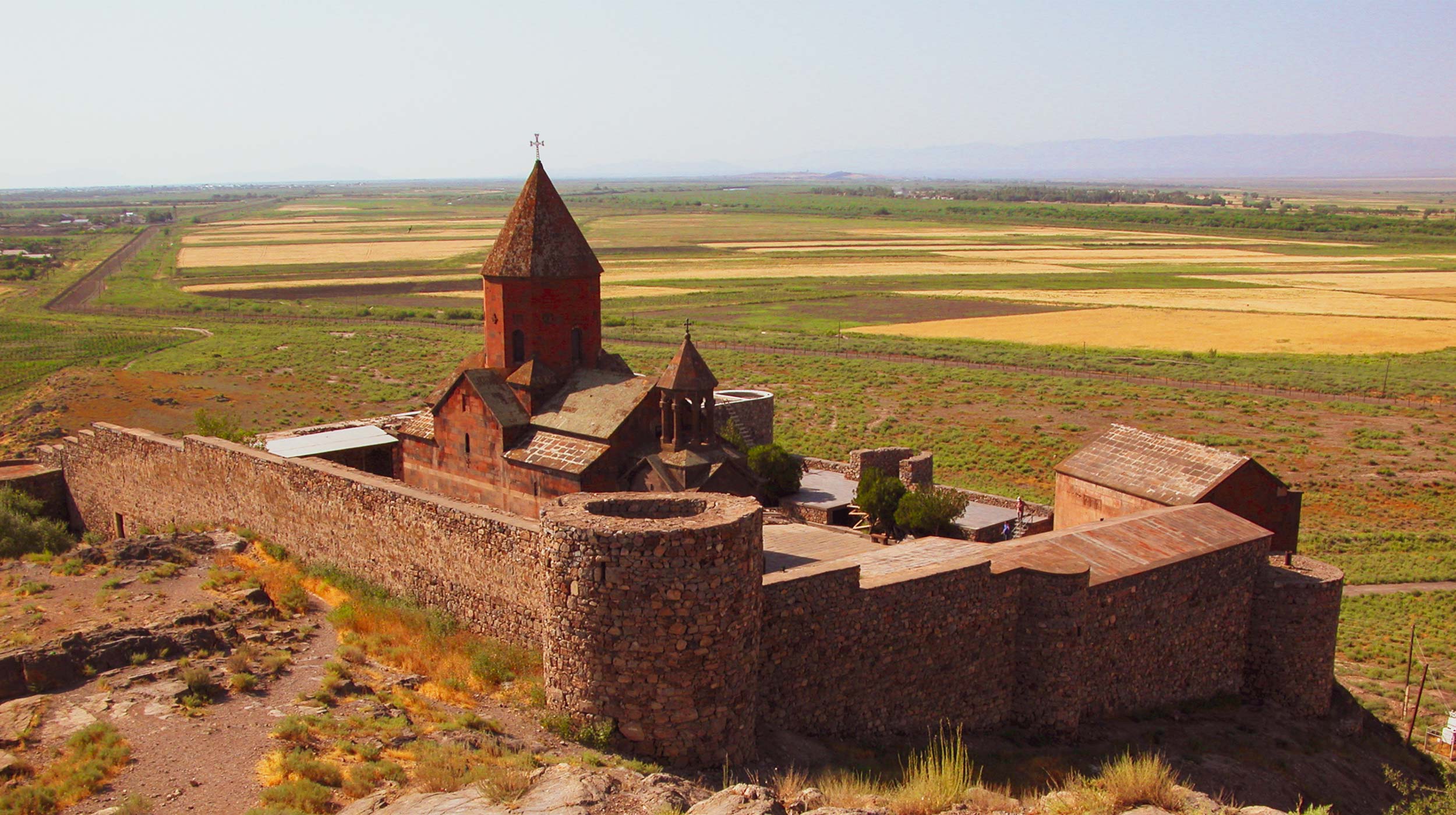 A country that steals the hearts of anyone who has been there once. Because it is impossible not to submit to the beauty of the nature, taste of Armenian cuisine and hospitality of its inhabitants. The itinerary gives you opportunity to discover the country: traditions, lots of interesting historic facts, visit the most important historic, cultural and religious centers, communicate with local people. It is an ideal opportunity to get a lot of new good experiences, to explore historical cities and taste delicious local cuisine in this divine country. This tour is filled with warmth and brightness, so make your choice in favor of our country. Armenia – country of the Noah!

The second day is dedicated to discovery of Yerevan. Sightseeing tour around the city: the Republic Square, Opera Theatre, Cascade, Statue of Sasuntsi David, Park of Victory, Mother Armenia, the Matenadaran, the institute of Ancient Manuscripts (includes more than 17,000 ancient manuscripts, as well as archives and diplomatic documents from the 14th to the 19th centuries). In the afternoon, visiting the Memorial and Museum of the Armenian Genocide of 1915. Overnight at the hotel.

Visiting Echmiadzin. The Cathedral of Echmiadzin (4th century) is the centre of Armenian Apostolic church. The heart of the Armenian church beats in Echmiadzin, here  is the residence the “Catholicos of all Armenians”. In addition to the Cathedral-residence, some of the oldest and most beautiful Armenian churches are located here, those named after the Saint Virgins Gayane (630) and Hripsime (618). The temple of Zvartnots is distinguished by abundance of sculptures and high reliefs, which  can still admire with richness of capitals in the Ionic style. In the afternoon, visiting the Museum of Armenian History that ranges over the Stone Age men, from astronomy and to Metsamor metallurgy in the 3rd  millennium AD, from the Urartu empire and to the union of the Hayk tribes to a single nation of the 4th century AD.  Overnight at the hotel.

Visiting the monastery of Khor Virap (4th-17th centuries). St. Gregory the Enlightener, founder of the Armenian church, was kept here as a prisoner for preaching Christianity. Literally “Khor Virap” means “deep pit”. A magnificent view of Mount Ararat opens from the monastery. After two hour journey we will reach the rivers, waterfalls, caves and mountain peaks of the region Vayots Dzor. Noravank Monastery stands on a hill and is very particular from an architectural point of view and the location. The discovery of the South Armenia is going on and we are getting to the medieval Tatev monastery (10th century). It is located on the mountains, it’s a treasure that looks like a royal crown with its 15 metres long pillar dedicated to the Holy Trinity. It was the cultural centre of Eastern Armenia at the beginning of the 13th century. Reaching the Tatev monastery on the cable car, a beautiful view opens upon the Halizor gorge. Overnight at the hotel.

Visiting the enormous outdoor astral observatory of Carahoundge which dates to the 3rd-2nd  millennium BC, i.e. it is older than Stonehenge of Great Britain. After the visit we will wend our way to the Selim pass trail /2400 m/ that is connected with the area of ​​Lake Sevan.Visiting  Selim caravanserai, the best preserved on the territory of Armenia (1332). Before arriving at Lake Sevan, stopping in Noraduz, a small village where there is an extraordinary cemetery full of the khachkars /ancient stone crosses/. These khachkars are real laces carved on the stone that date to 9th -15th centuries. Lake Sevan, “a piece of sky fallen on the mountains”, is located in1900 m above sea level, is one of the highest freshwater lakes in the world. Its banks have been declared as a National Park. Visiting the Sevanavank monastery, a one at the top of the peninsula with a wonderful view on the lake. Overnight at the hotel.

After breakfast, visiting and taking a walk around the ethnographic district Sharambeyan of Dilijan which is brought to life by the studies of artisans works (potters, carpenters and others). Along the road to Alaverdi, we pass through villages of ordinary white houses in the middle of wide green meadows that look like Russian “izbas”. Each house has a vegetable garden with cabbages and potatoes, they are inhabited with blond-, nearly white- haired and blue-eyed people. They are Molokans who belong to an Orthodox confession and those were deported by Tsar Nicholay I in 1830. After about two-hour journey we will reach the beautiful monasterial complexes of Sanahin and Haghpat. These two medieval monasteries reveal a long tradition of spirituality (centre of cultural flourishing, high school of theology, scriptorium, huge library, churches and chapels ) and are part of the UNESCO heritage. Overnight at the hotel.

Leaving for Ashtarak, small ancient city. Visiting the fortress of Amberd which stands across from a rocky backdrop in front of the Ararat valley. Going on to the monastery of Saghmosavank (12th -13th  centuries). Continuing and visiting the tiny 7th century Karmravor chapel. Overnight at the hotel.

After breakfast visitng the “Arch of Charents”, the headland where the great Armenian poet Yeghishe Charents loved to come to contemplate Mount Ararat revealed in all its brilliance through this small arch. Visiting the “temple of the sun” of Garni (1st century AD), the jewel of pre-Christian Armenian architecture, the only monument that belongs to the Hellenistic culture and was preserved after the Christianization in Armenia. Afterwards we are entering the spiritual world of the Geghard monastery. The monastery, named after the spear that pierced Christ’s body, is located in a very spectacular deep canyon. Half built and half excavated in rock, it dates back to the 4th century. In the afternoon, visiting the Cognac Distillery, whose cellars contain barrels dating back to the 19th century, and the Vernissage, an open-air market that shelters Armenia painters, artisans and national craftsmanship. Farewell evening in the restaurant accompanied by traditional Armenian dances and songs. Overnight at the hotel.

At a proper time, reserved transfer to the airport and termination of  services.