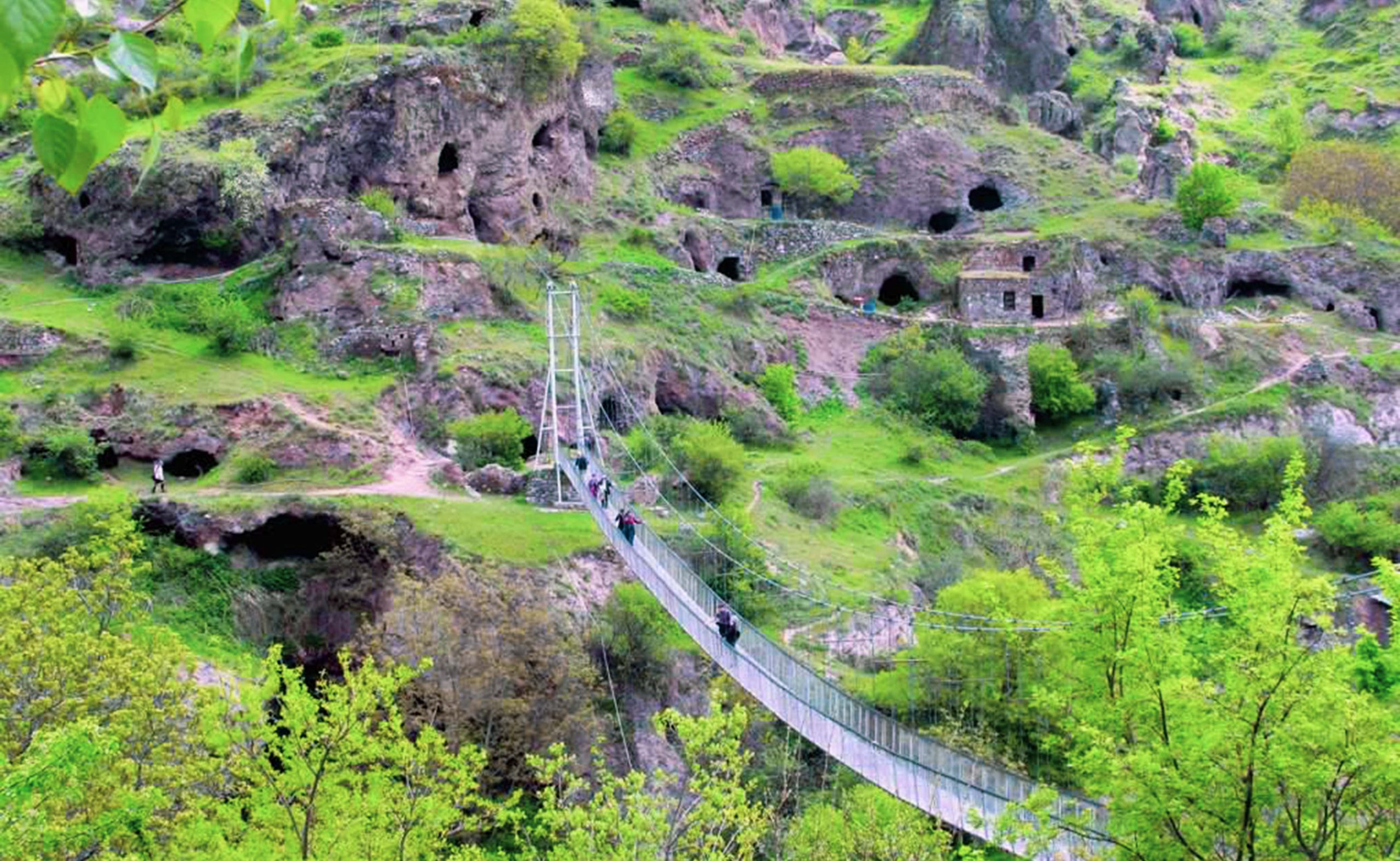 Given no level ground on which to build, the ancient population of Eastern Armenia did the only thing left to them and dug into the sloping hillsides, creating the cave dwellings at Old Khndzoresk which were still inhabited well into the 20th century. The historical cave village, located on the steep slope of a gorge, is comprised of both natural and manmade caves. The cave dwellings were inhabited until as late as the 1950s. Today, visitors are welcome to explore the cave system across a 160-meter.  The new bridge connects Old Khndzoresk and New Khndzoresk, the modern village, bridging Armenia’s history with the present day both figuratively and literally. 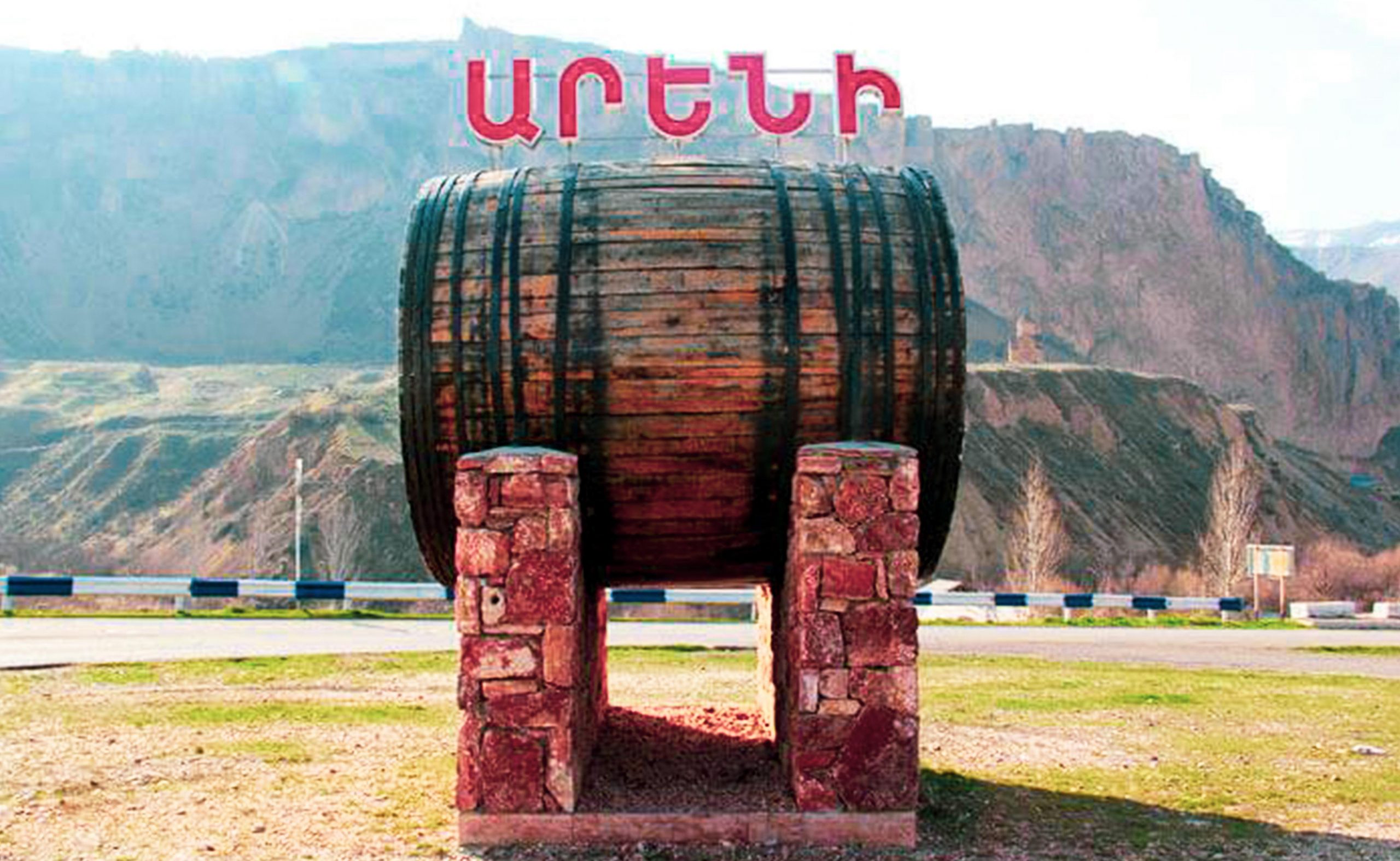 Areni is located on the Arpa River. Some believe Areni’s founding is mentioned in Genesis, by Noah and his sons, who tilled the first grape vines. Excavations have found a number of Bronze, Iron and Hellenistic artifacts, including several large clay pots used in the production of wine. Until now the viticulture in Areni is developed with the name “ARENI”, especially “Areni Country red”, “Areni Maran” and “Areni Gedeon” which compare favorably with French table varieties. Also found was a portable pagan altar with an inscription in Greek dated to the year 163 AD. The inscription dedicates the temple that once stood there to the “Olympian Goddess” on behalf of a Roman officer, a certain Aemilius Ovalis, a member of the 15th Legion, also known as “Apollinaris” after the god Apollo. 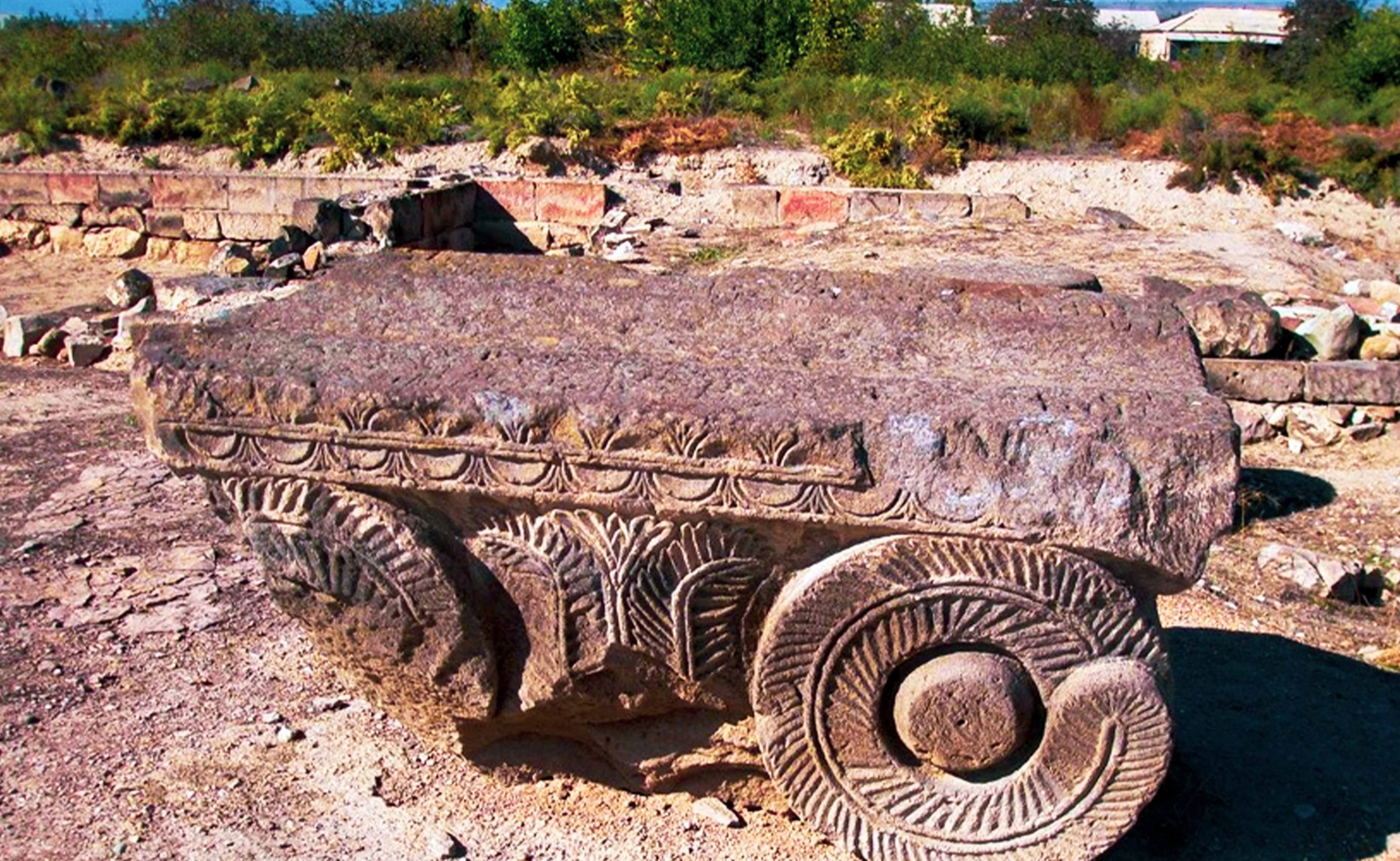 Dvin is one of the country’s most important historic cities – one of its twelve capitals with almost 1000 years of history. According to the historian Sebeos Dvin was captured in 640 during the reigns of the Byzantine Emperor Costas II and Catholicos Yez’r, when Arabs swept through the region and sacked the city, slaughtering 12,000 of its inhabitants, carrying 35,000 into slavery. Dvin remained in Arab hands for the next 300 years. Arab chroniclers record that Dvin exported a wide range of goods, collectively called “Armenian” goods which were prized at markets of the time and included coveted fine textiles dyed with the rich red blood of the “Vordan Karmir” (cochineal). It was the Seat of the Catholicos from 475 to 914. 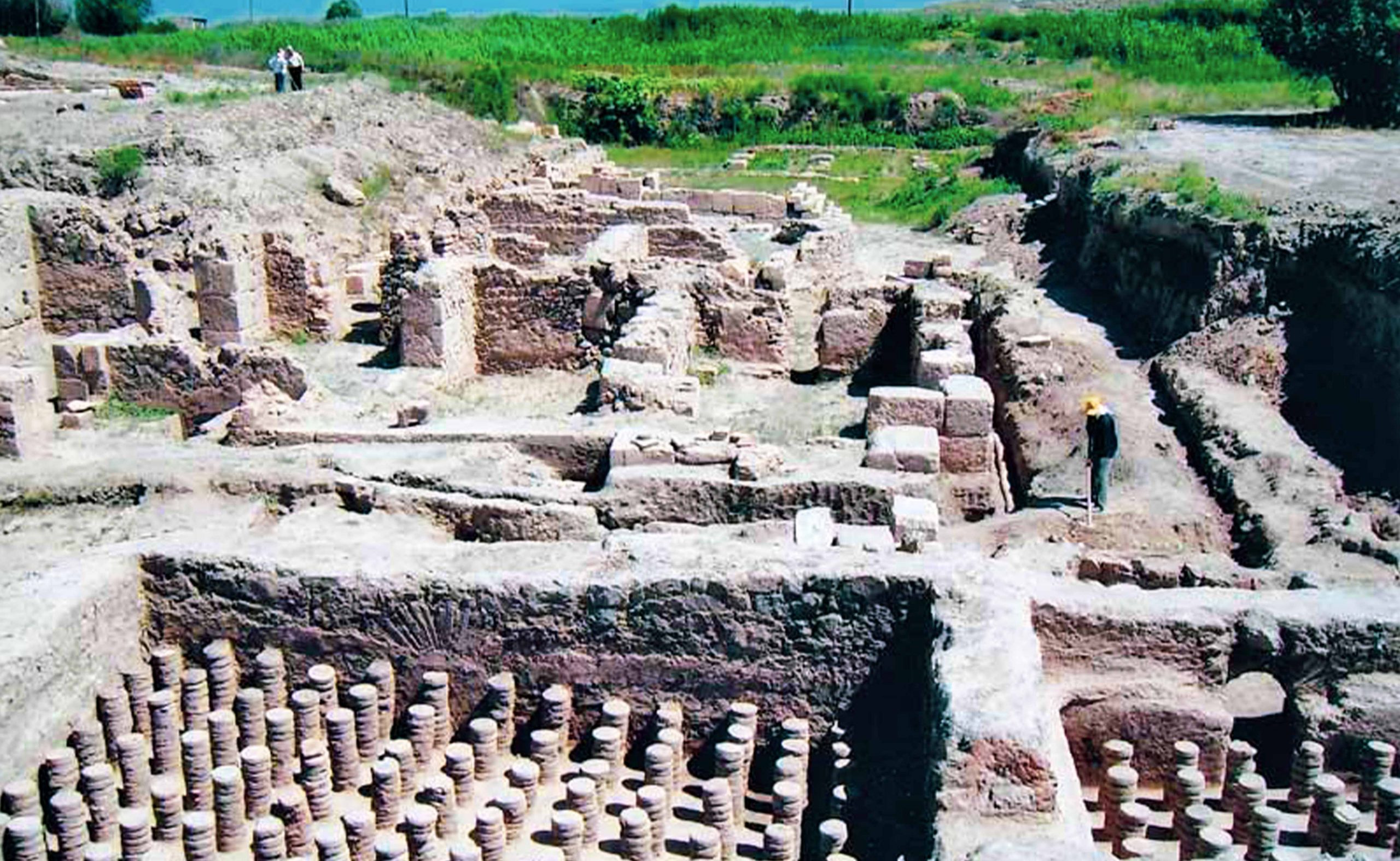 The hills of Artashat (“Artaxiasata”) were chosen as the site of a new Armenian capital by the founder of the Artashesian Dynasty, Artashes I. The city was built between 189 and 188 BC. The city was located in the ancient confluence of the Arax and Metsamor Rivers on 12 small and large hills. Excavations uncovered a large settlement from the early Bronze Age and a newly discovered Urartian city. Artashat was built over these ruins. According to Plutarch and Strabo, the city’s site and design was attributed to the Carthaginian general Hannibal, who, during the Battle of Magnesia (190 BC), was defeated by Antioch the Great, and fled to befriend the young Artashes becoming his advisor. 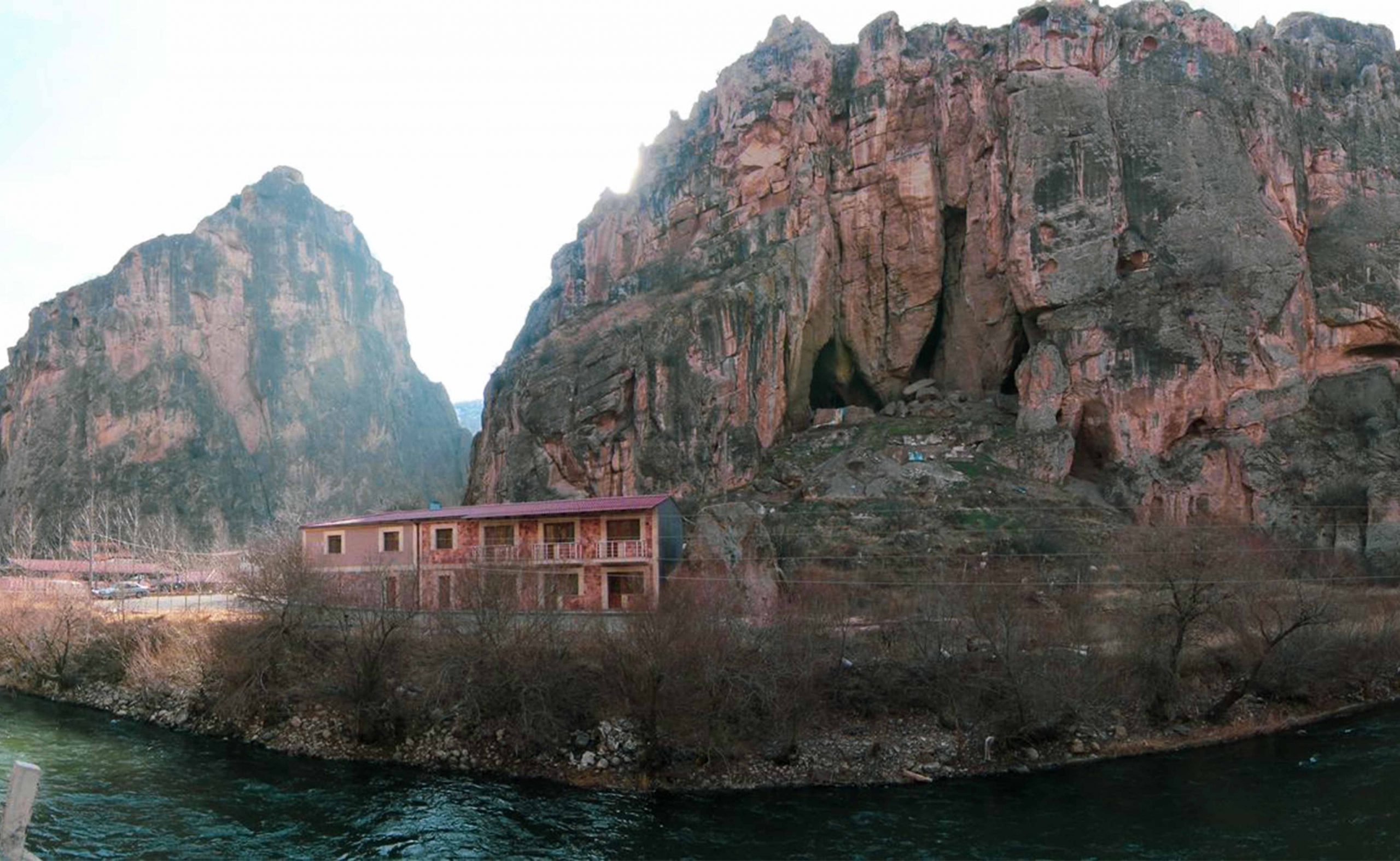 Birds Cave is situated in the Noravank Canyon and is one of the rarest and best-preserved late Chalcolithic (Copper Age) monuments in the South Caucasus, study of which gives us a chance to understand not only the peculiarities of the material culture in the 5th-4th millenniums BC, but which also shows us that wine-production in Armenia has at least a 6,000 year history. It consists of three rooms or halls, the first two of which are connected by passageways. Artifacts found by the entrance to the first room point to its use as a ‘living quarter’ with remnants of dwellings, fortified floors and wells. Judging from the various food storage pots and jars, wine-press and excellently preserved remnants of grape, plum, apricot, wheat, oat etc. seeds and sprouts found inside the pots, this was a production room. This part of the cave had another use—as a ritual hall. The buried skulls of [two] young women were discovered next to structures made of clay. These burials, most probably, reflect ancient ideas about fertility ritual. 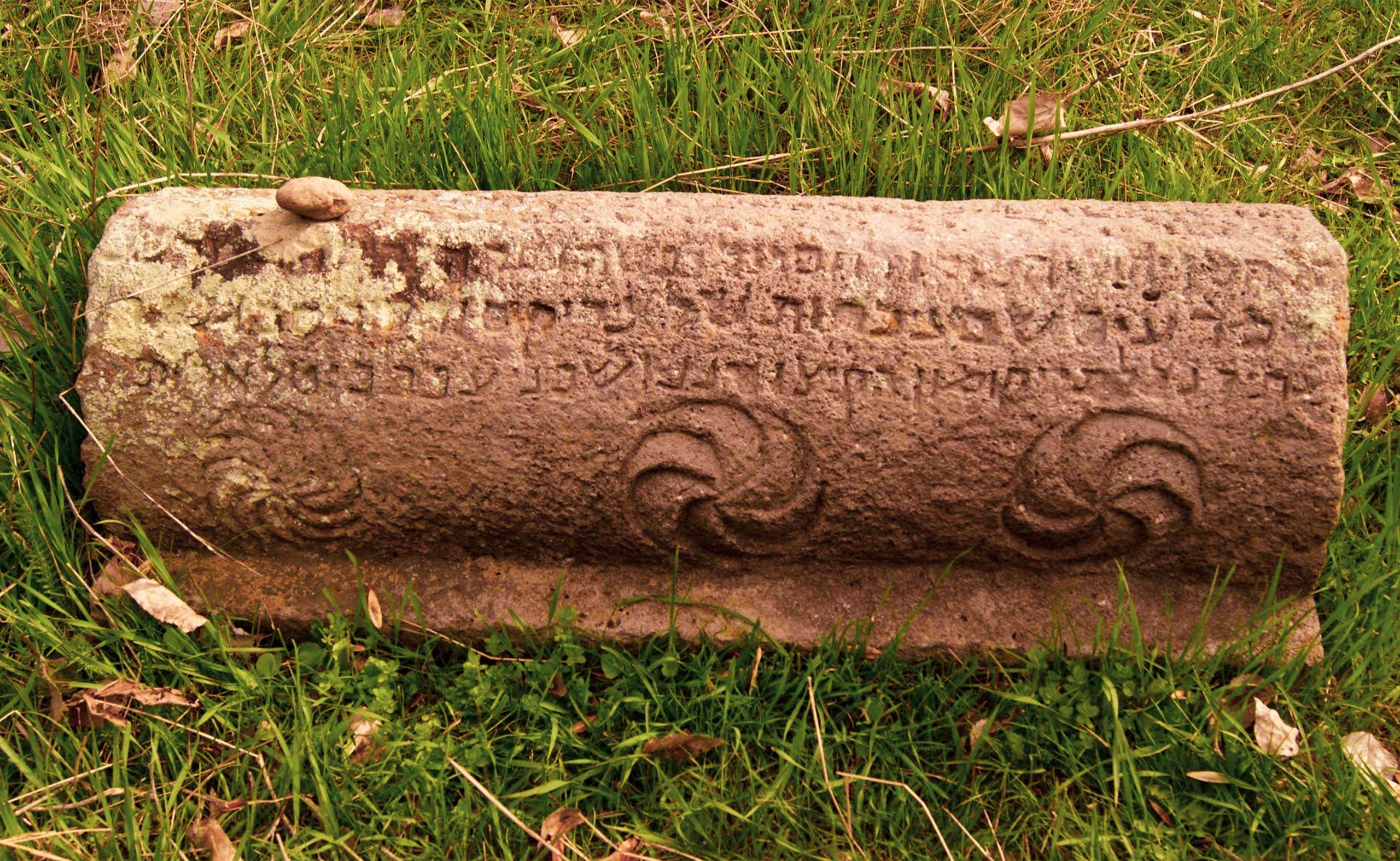 The cemetery belonged to the Jewish community which lived in Yeghegis in the 13th-14th centuries. About 70 tombstones survived in the cemetery. 10 tombstones bear inscriptions in Hebrew or Aramaic. The inscriptions contain age-old Jewish funerary language, biblical verses pregnant with traditional religious meaning, and expressions originating in Talmudic literature. Some of the names of the deceased were current among the Jews of Iran, witnessing to the possible Iranian origin of the Jewish community of Yeghegis. 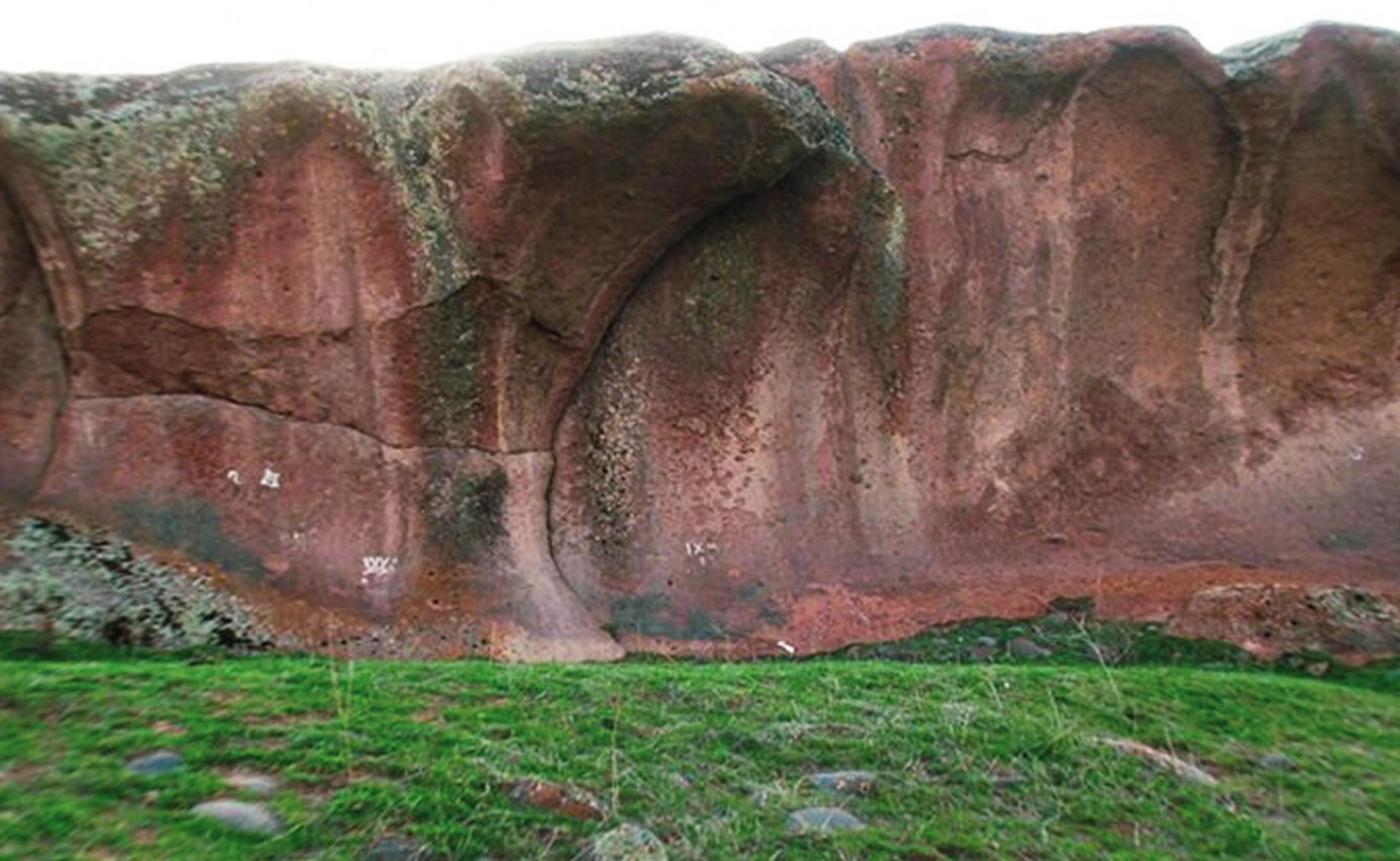 Agarak Historic Site is located in the southern foothills of Mt. Aragats on the western bank of the Amberd River. Agarak’s entire site and surrounding area is covered by gigantic rock and stone carved structures & complexes, most related to settlement in the Early Bronze Age. For dozens of hectares downstream of the Amberd River you will find a continual line of tufa cliffs, passages, rock hills, natural plateaus and freestanding blocks of stone. Researchers on the whole conclude that rock platforms rich with similar carvings are cult-worship structures. Moreover, some of them are considered to be Hittite and others Phrygian phenomena, correlated to Kibela worship – the Great Mother Goddess, ruler of mountains, forests and animals, insuring their inexhaustible fertility. 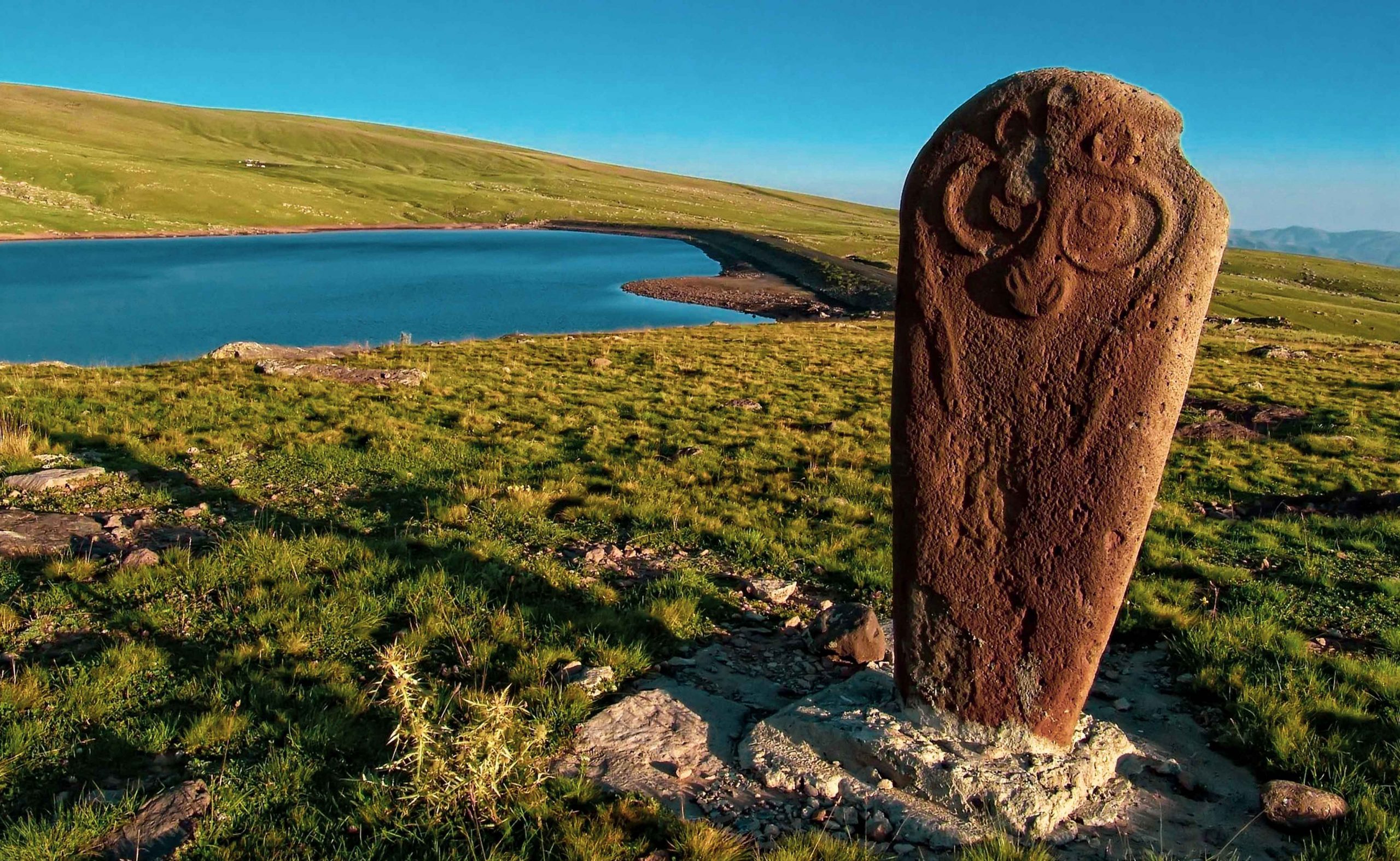 Dragon-stones or vishapakars, are unique and mysterious monuments found only in the territory of Armenian Highland. The appearance of the vishapakars and their location can also be associated with the image of the mythical dragon serpent. They are often located at the source of rivers and springs. And in the myth, water originates after the defeat of dragon. Even in Ancient Armenia, at the source of the river and, in general, close to the water, people installed vishapakars to protect the water sources from dragons. The victory of the god of thunder was often associated with the new year and with the beginning of a new life. And the images on dragon stones correspond to the spring zodiac signs.